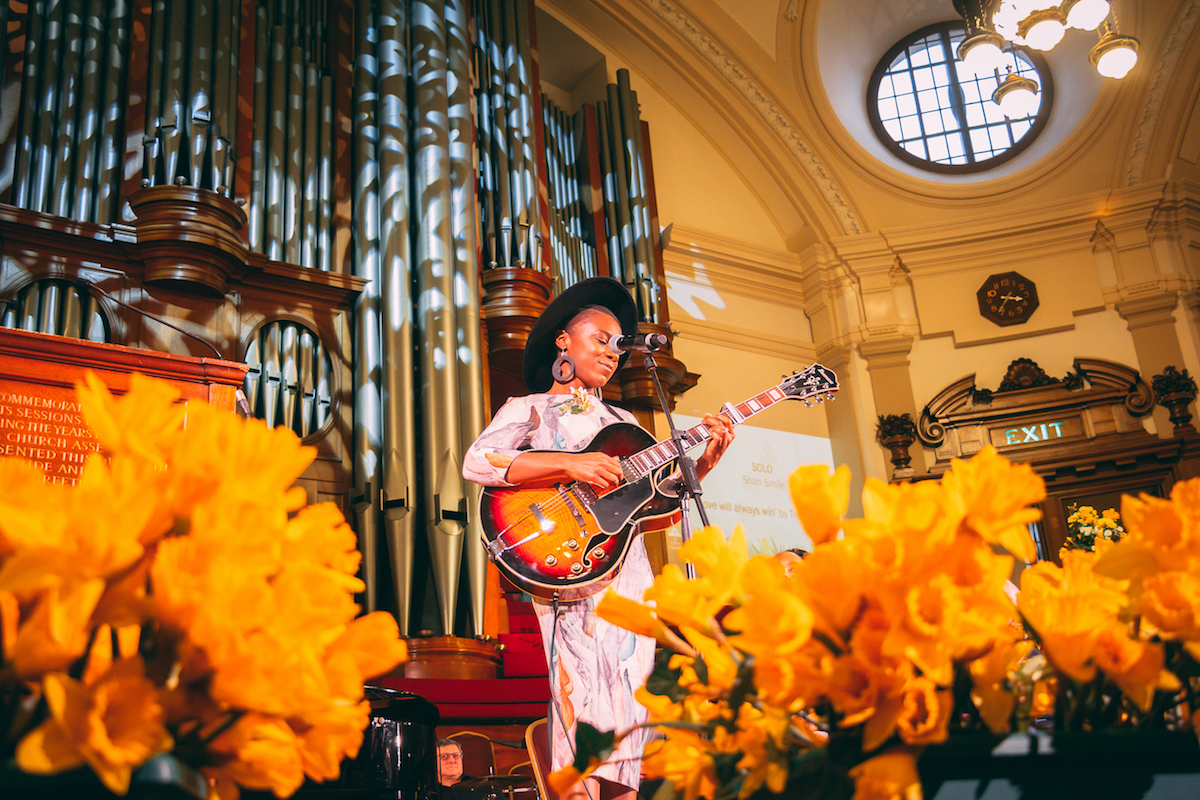 ‘Bright Hope for Tomorrow’ was the theme of this year’s Daffodil Day, the annual spring festival at Methodist Central Hall Westminster, led by the church ministerial staff team.

The theme was taken from ‘Great is Thy Faithfulness’, one of the many hymns sung during the afternoon. Despite challenging weather conditions prior to the event, people travelled into London from various parts of the country for an entertaining, uplifting and challenging afternoon that included worship, prayer, interviews, and preaching.

This year’s special guest was Angellica Bell, the winner of 2017’s Celebrity Chef and also known for her work on The One Show (BBC 1),  The Money Show (ITV) and formerly CBBC. Angellica was interviewed by Deputy Superintendent, Revd Tony Miles, and spoke about her career, how she copes when challenges come into her life, and what gives her hope.  Angellica also interviewed some of the other participants herself, including The Lord Mayor of Westminster, Councillor Ian Adams, guest soloist Jonathan Veira, and Director of Music Gerard Brooks; all of whom spoke of what keeps them hopeful.

In conversation with Mr Miles, soloist Shan Smile, spoke of her role as the lead in the musical ‘Whitney – Queen of the Night’ and shared how her faith gives her hope; and Sandra Goodwin, the President of Methodist Women in Britain, also challenged people not to take the precious life sustaining gift of water for granted, when 650 million people in the world lack access to safe water, and there Sandra shared practical ways we can give people hope. 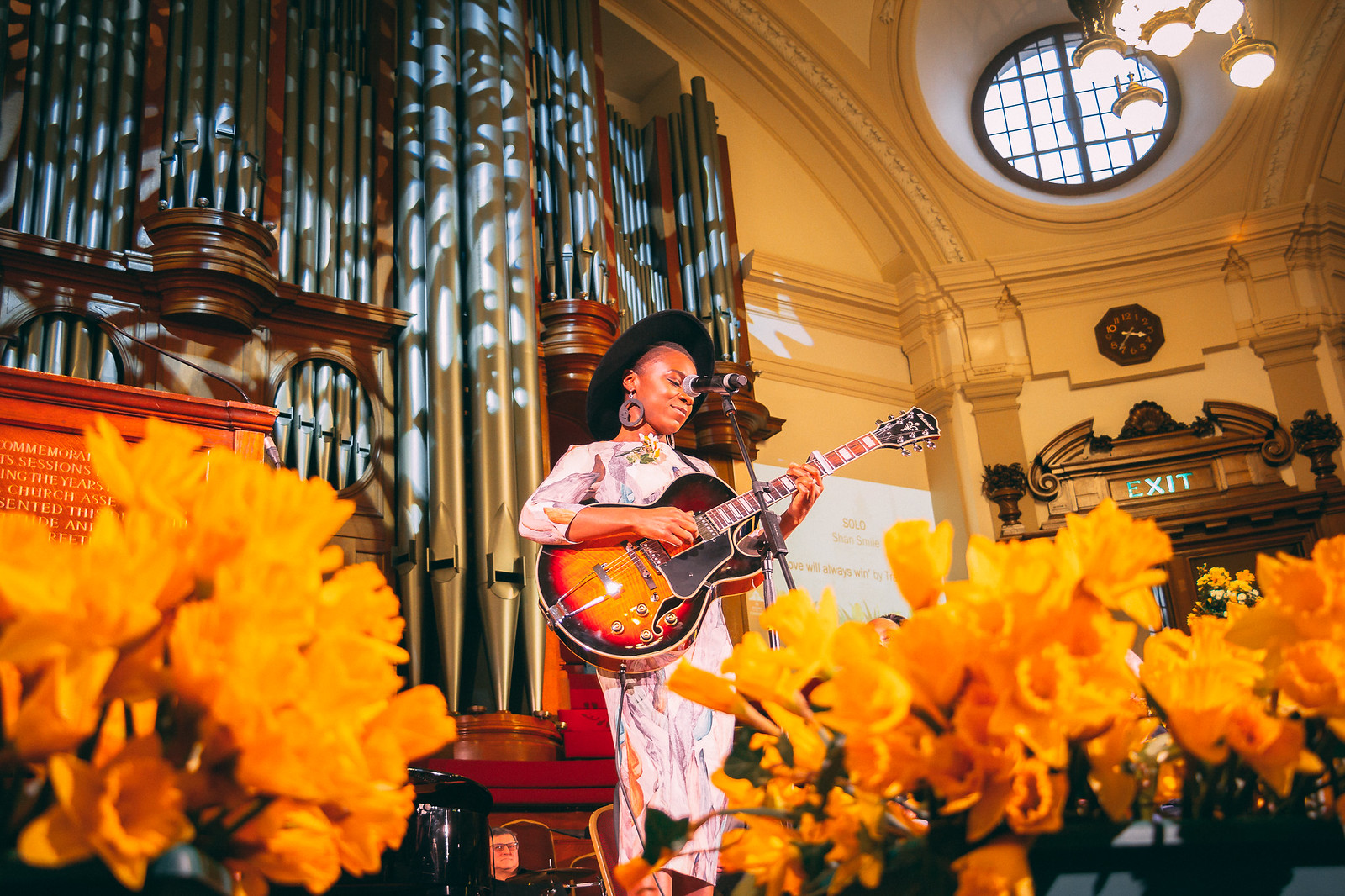 Revd Dr Martyn Atkins, Superintendent Minister, interviewed Mirella Manocchio from the Italian Methodist Church using Skype, who spoke about Mediterranean Hope working with refugees.
Dr Atkins also preached, telling three stories which caused him to know and believe that, in spite of so much evidence to the contrary, “there is hope in the world.” The stories, about Christians in Sierra Leone, Cuba and Shetland, indicated the courage, resilience and self-giving arising from faith in Christ, and he challenged those present to ask the Holy Spirit for those same virtues in our own lives.
Prayers were led by Methodist Women in Britain and the music for the afternoon included bass baritone Jonathan Veira singing four much loved hymns, including three to new tunes as part of his ‘Hymns Project’; Shan Smile led one of the worship songs and sang ‘Love will always win’ by This Travis Green.

Another exciting two hour programme is already being planned for next year’s Daffodil Day will be Monday 4th March 2019 1.40pm for 2pm.

Ready for the summer, music on the fields and all that! Flowers, daffodils. Just anything nice & bright! • #repost @methodist_ch_westminster 📷 @danforshawjazz #DaffodilDay 5/3/18 What a beautiful day it was! 🤗🌼