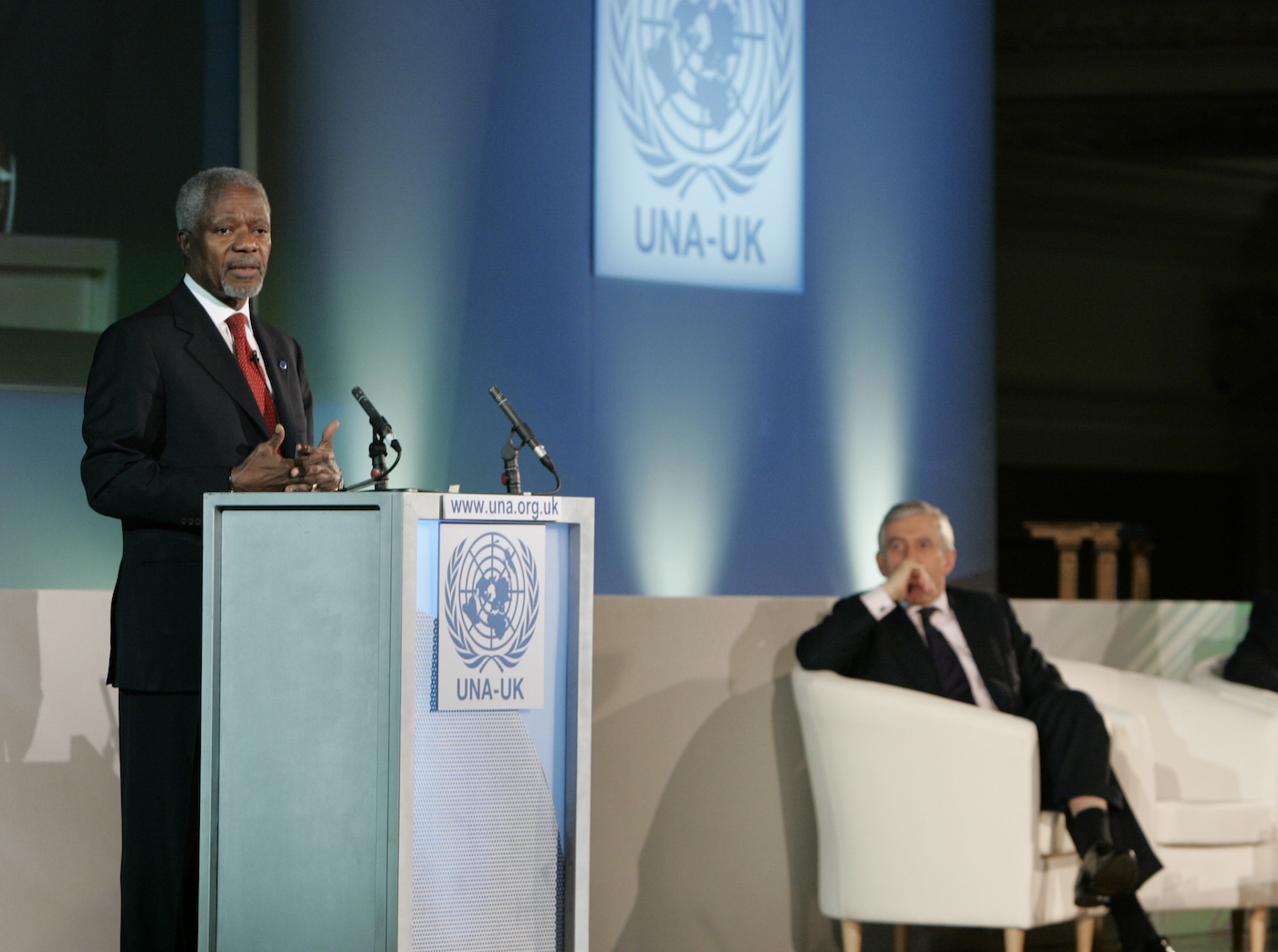 Kofi Annan was a giant on the international stage. As a Diplomat, he was a ‘stubborn optimist’ and we here at Methodist Central Hall Westminster pay tribute to his lifetime of service.

Kofi Annan had an established connection with Methodism and Methodist Central Hall Westminster. It was at the Mfantsipim Methodist School in Ghana where a young Kofi Annan learnt, in his own words that, ‘Suffering anywhere, concerns people everywhere.’ The Mfantsipim School has a close relationship with Methodist Central Hall Westminster. Each year the Mfantsipim Foundation holds its Thanksgiving service and fundraising lunch at MCHW, enabling the school to continue its mission, ‘to raise a generation…who will be bold enough to face the problems of their own continent practically and un-selfishly.’

Following his address Mr Annan was presented with a gift by the Superintendent Minister Revd Martin Turner. 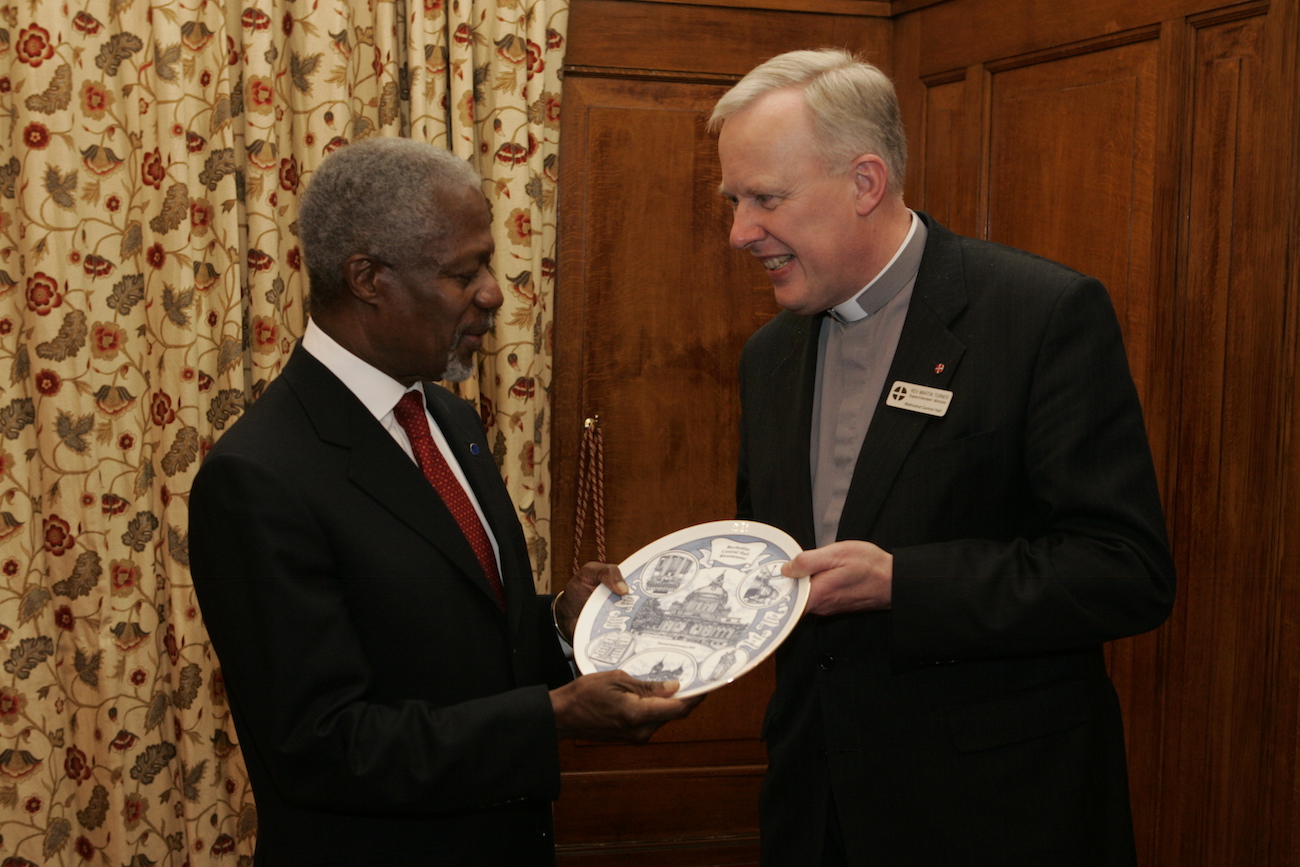 Methodist Central Hall Westminster holds the family and friends of Kofi Annan in our prayers today. We continue to pray for the United Nations as it faces deep challenges in a troubled world.