No Place for Homeless Jesus in Westminster

No Place for Homeless Jesus in Westminster 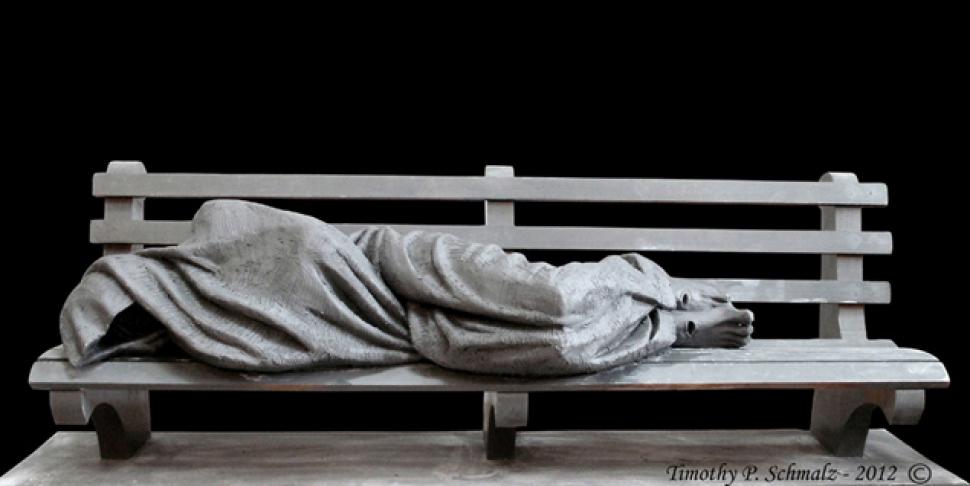 An application to install a bronze sculpture of ‘The Homeless Jesus’ at the front of Methodist Central Hall Westminster has been refused by the City of Westminster Council.

The application, which received several hundred on-line endorsements on the Development Planning website from people all over the country, was refused because “the proposed sculpture would fail to maintain or improve the character or appearance of the… Parliament Square Conservation Area” owing to “its location within the City Council’s Monument Saturation Zone”.

‘The Homeless Jesus’, created by internationally renowned sculpture Timothy Schmalz is of a life-sized figure sleeping on a park bench, covered with a blanket, his exposed feet bearing nail marks of crucifixion.  Schmalz describes the work as ‘a visual translation of core Christian values’.  The ‘Homeless Jesus’ gained international fame in 2013 when Pope Francis blessed the model and stated that is was a ‘beautiful and excellent representation’ of Jesus.

Permission has very recently been given for ‘The Homeless Jesus’ to be located in The Vatican in Rome and there are other sculptures around the world in Toronto, Washington DC and Madrid.

Revd. Dr. Martyn Atkins, Team Leader at Methodist Central, Westminster said, “Homelessness is increasingly a global issue, and we are witnessing what many say is the largest ever migration of people in Europe and North Africa. London is a leading world city and the positive symbolic effect of placing ‘The Homeless Jesus’ here in Westminster would be enormous.

“As a church we are extremely disappointed at the refusal of this application. We’re led to the unfortunate conclusion that a sculpture of Jesus, depicted as homeless, isn’t welcome in Westminster and so close to the Houses of Parliament. I imagine many people will find the Council suggestion that this particular piece of public art would somehow lower the tone of the neighbourhood insulting and ironic.

“Homelessness is real in Central London.  I hope that Westminster City Council will reconsider and see the positive impact that The Homeless Jesus can have in drawing public attention to the plight of homeless and dislocated people.’

“On Good Friday, Catholics from Westminster Cathedral, Anglicans from Westminster Abbey, Methodists from the Central Hall and many other local Christian churches will walk silently through Westminster to remember the death of Jesus Christ. The symbolic wooden cross heading the procession – for which the Council grants permission each year – will be carried by representatives of ‘The Passage’, a charity for homeless people supported by the Churches of Westminster over many years. In the context of the refusal of our application the irony is inescapable.

“We are now considering appealing the refusal and our hope would be that the Council will take our views into consideration and overturn their decision.   We are asking people who support The Homeless Jesus being situated outside Methodist Central Hall to sign an on-line petition, located here, http://goo.gl/JG2pD6”