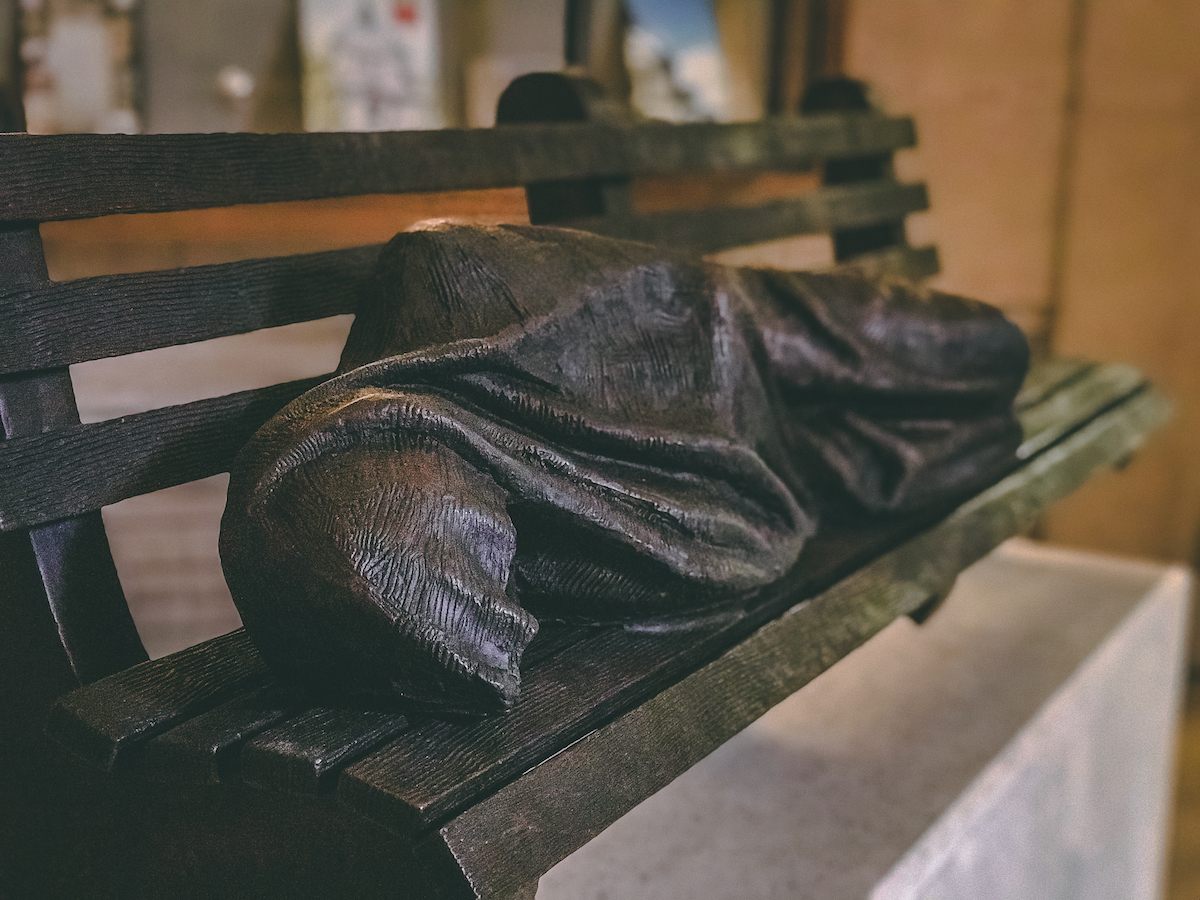 Methodist Central Hall Westminster was offered a full-sized Homeless Jesus sculpture in 2015, and made application to Westminster City Council to place it outside their building.

There are numerous Homeless Jesus sculptures sited in prominent locations across the world, (Toronto, Washington DC and Madrid).  This would have been the first one to be displayed in the UK and would be sited in one of UK’s, ‘Homeless Hotspots’, just yards from the seats of power in Westminster.

The application was refused, (to much media attention) as was the Appeal to that decision. One reason offered for this decision was that the area around Parliament Square was already saturated with monuments, and an outdoor monument of the person of Jesus Christ was “not important enough” to warrant an exception being made!

On Good Friday 2018, (Friday, 30th March) a smaller version of the Homeless Jesus will be dedicated by Revd Tony Miles, Acting Superintendent of Methodist Central Hall in the presence of the Dean of Westminster, Revd Dr John Hall, the Lord Mayor of Westminster, Ian Adams, Canon Christopher Tuckwell of Westminster Cathedral and The Passage, a Homeless Charity based in Westminster.

Revd Dr Martyn Atkins, Superintendent Minister of Methodist Central Hall said, ‘The only other smaller sculpture of the Homeless Jesus was presented to Pope Francis in 2013.  We hope that, despite not being able to place a full-size sculpture outside of our building, this smaller sculpture, placed in at the entrance of our building will cause our many thousands of visitors each year to pause for a moment and remember the millions of displaced and homeless people across the world.’